Back in June I wrote about our unexpected visitors, a pair of Carolina chickadees who had made their nest and were raising a brood of noisy chicks in what we thought was an ornamental bird box.    We had named them Chuck and Chiquita and the offspring were called the Chiclets.  The daily routine at the bird box continued with mom and dad chickadee flitting in and out with tasty morsels for the chirping chicks.

One morning a few weeks later we peered into the bird box and found everything silent and empty.  We were hopeful that the chicks had finally fledged and the happy family had taken off to a life of freedom in the trees.  There was no sign of an altercation, no feathers lying around, no disturbance to the nest, so we were fairly confident the chickadee family hadn’t become a midnight snack for a possum or a cat.

Our confidence was rewarded last week when we hung out our small bird feeders.  A band of chickadees was happily pecking away at the tasty seed mix and we are certain it was Chuck, Chiquita and the Chiclets.  Andrea managed to take a nice picture of them.

It’s always marvelous to see return visitors at the Andon-Reid Inn…..and not just the avian kind.  If you’ve stayed with us before we would love to see you again.  If you haven’t been to the Inn, come and give us a try.  Maybe you’ll find out why so many people keep coming back to our lovely mountain retreat. 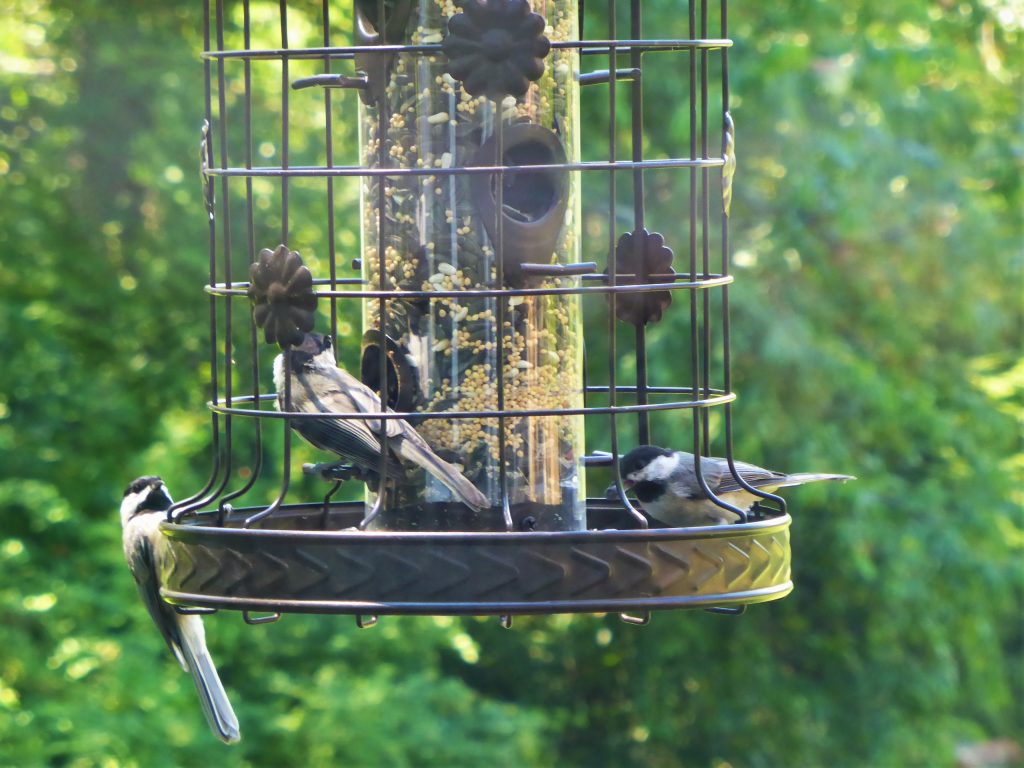